Albert Aiken Neal was called by the Spirit of the Lord to preach the gospel and anointed by the Holy Spirit to prophesy the soon coming of the Lord Savior Jesus Christ. He was licensed to preach from his home church, Antioch Baptist Church in August 1968, and was ordained by the Wateree Baptist Association, Upper Division in 1969. He is an affiliated Minister of the Baptist Educational and Missionary Convention of South Carolina. He holds membership in various professional, educational, civic, and social and community organizations.

His first job after receiving his degree from Benedict College in 1966 was that of a mathematics teacher at Fairfield High School in Winnsboro, SC. After four years, Dr. Neal accepted a position with the University of South Carolina as an Assistant Professor of Public Health. Dr. Neal serves as Project Administrator for USC/NCAA National Youth Sports Program. As a bi-vocational pastor/educator, he has served as Interim Pastor, Macedonia Baptist Church, Ridgeway, SC, the Saint Dorcas Baptist Church, North, SC, and Zion Baptist Church, Columbia, SC. He served for more than sixteen years as Pastor at the Sutton Branch Baptist Church of Lugoff, SC. In July 1986, Dr. Albert Aiken Neal accepted the call to follow his Father and Grandfather at the Antioch Baptist Church of 5715 Koon Road, Columbia, SC by becoming the Seventh Pastor. 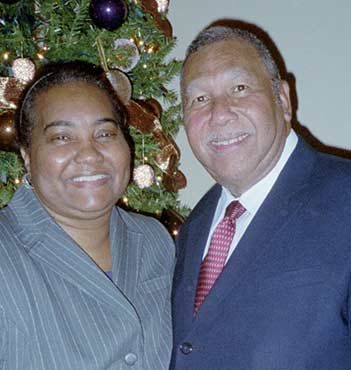 A.A. Neal is the son of the late Reverend Doctor and Mrs. James P. Neal Sr., and is married to the former Virginia L. Miller from Orangeburg, SC. They are the parents of Erica D. Lowman (Hal) and Aleta L. McCollum (Rod) and they have one granddaughter, Hayden Ava Lowman. In retrospect, Dr. Neal vividly remembers and cherishes so many families and friends who have given so much to his life and his ministry, and who inspired him to go on and achieve his potential. His formative years were enhanced by his teachers and his dear Christian parents who constantly admonished him to "take good care of today that tomorrow would not be marred!"

He has been active in Traffic Safety since 1966, and has attended more than 40 ADTSEA Annual Conferences. Now retired from the University of SC School of Public Health, he Pastors the Antioch Baptist Church of Columbia, Inc., (www.abccolumbia.org). Other accomplishments include Chaplin of SCDTSEA; directed the National Youth Sports Program (NYSP/NCAA/USC) for more than 15 years; implemented the Driver Improvement Program at Fort Jackson, SC 1970.

Albert Aiken Neal has adopted as his motto from J.B Phillips translation of 1 Timothy 4:14, "CONCENTRATE ON YOUR READING AND ON YOUR PREACHING AND TEACHING."