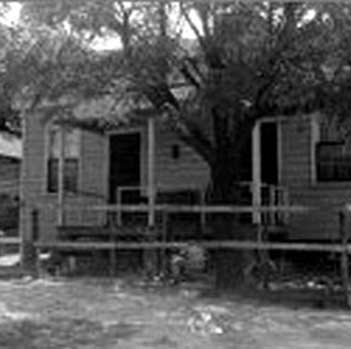 The Antioch Baptist Church was founded by the Reverend Howard Robinson in 1914. The establishment of the Church began in a rear room of a house located at 1722 Rice Street, Wheeler Hill section of Columbia, South Carolina. Some of the first members were: Sisters Affie Brown, Jeanette White, Sylvia Cannon Dawkins, Hannah Kinsler, Estelle Powell, Ethel Dennis, Rosa Pickens and Laura Richardson.

The Sunday School was started by Sister Evelina Fogle and Brother Dallas Robinson. Some of the first pupils were: Sisters Early West, Annie Pickens Darby, Rosa Epps Washington, Annie Weston Morgan, Ernestine Powell Guess, Amy Richardson Youngblood and Charles Etheridge. It is said that Sister Fannie Cole was one of the first teachers of the Sunday School. Her two sons, Albert and Charles Cole, were the first persons to be baptized in the outdoor pool of the Church.

Some of the first Deacons of the Church were: Deacons John McFadden, also known as the oldest Deacon of the Church, Charlie and Samuel Brown, Marcellus Etheridge, Robert Weston, West Alston and Deacon Simeon.

In 1918, Reverend James Chandler became the second pastor of Antioch, building and moving into the church at 1717 Rice Street. His wife, Sister Clara Chandler, organized the first auxiliary of the Church, known today as the Senior Missionary Society, recording its first President as Sister Mamie Scott.

In 1919, the first Jubilee Choir was organized by Deacon Charlie Brown, who was also recorded as being its first president. The Deacon Board increased its membership with Deacons Turner Trezevant, Wilson Smith and Willie Brice. Deacon Robert Haynes, Sr. was appointed as the first Clerk of the Church under the pastoralship of Reverend James Chandler.

As the years went and Antioch continued to move forward, there was another change in pastoralship. The Reverend T. C. Crumpton became successor to Reverend Chandler. During his pastoralship, Reverend Crumpton worked faithfully in all phases of the Church and its auxiliaries, advocating along the way that "Olde Time Religion". In 1920, the first Senior Usher Board was organized by Brothers Morris and Nathan Martin. The first Superintendent of the Sunday School, Deacon Marcellus Etheridge, was elected. The Deacon Board again increased its membership with two additions, Deacons Elliott and Jake Taylor. 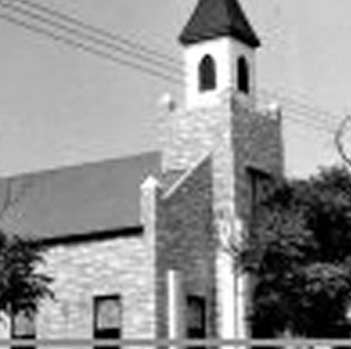 In 1930, for the first time, Antioch truly received her blessings when she neatly tucked under her wings the fourth pastor of Antioch, the Reverend Jesse W. Neal; it was then that the Church began to experience her leading years ever in history. Under the dynamic administration of Pastor J. W. Neal, Antioch cultivated in tremendous growth and progress. The Church was remodeled and the old mortgage paid off and burned. In 1935, the first Senior Musical Choir was organized by Sister Lena LaBrew, recording Deacon Fred Scott as its president.

In 1951, the Church located at 1717 Rice Street was remodeled and again the mortgage was paid off. A furnace and pews were installed. During those times, Antioch was really growing with Pastor J. P. Neal's leadership paying off in all ways. In 1953, the Organ Club was organized with Brother Fred Miller as President. A Hammond B3 organ was purchased and dedicated.

In 1962, the first Junior Usher Board was organized, recording Sister Josephine Anderson as its first president. In 1963, with the foresight of Deacon Eddie Guess, Boy Scout Troop #197 was chartered. Brother Wilbur Tucker was appointed Scout Master.

The Program Committee was appointed by the Pastor in 1964 with Brother Fred Miller as Chairman. Under his leadership the Church purchased two (2) acres of land near the Greenview Neighborhood in the North Columbia area. In 1964, with the advice of Pastor J. P. Neal, Sr., Deacon Eddie Guess, and Brother J. P. Neal, Jr., the Antioch Brotherhood was organized. The Brotherhood Club was reorganized in 1970, recording Brother Harold Lewis as President. 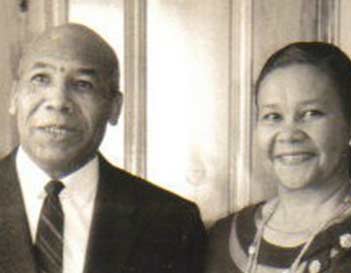 Groundbreaking services were held in April 1977; construction began in June 1977 and the first Church service in our present edifice, located at 5715 Koon Road, was held on Sunday, December 11, 1977. Dedication Services were held during the month of February 1978 and the cornerstone was placed on the Church during April 1978.

The Church called her sixth pastor, Reverend W. J. McIllwain, on September 2, 1979. Under Pastor McIllwain's leadership, additional property was purchased; the parking lot was paved; a Children's Choir was organized; the Boy Scout Troop #197 was re-activated; Girl Scout and Brownie Troops were organized and a Church Bulletin Board was purchased and erected by the faithful members of the Pulpit Aid.

The Antioch Women's Auxiliary (AWA) was formulated out of the Young Women's Auxiliary (YWA) in 1980. Also, in 1980, the Children's Choir was organized under the leadership of Sisters Ollie Etheridge, Justine Watson, Mary Tucker, Estelle Adams and Annie Bell Smith. Sister Rhodessa Smith was musician.

In 1984, the Junior Usher Board was reorganized by Sisters Flossie Alston, Willie Ann Harris and Joan Sims Adams.

February 1985, Reverend T. R. Kennedy assumed the duties of Interim Pastor. During his tenure, the Church purchased seven (7) lots of land adjacent to the present location. On April 23, 1985, Sister Flossie Alston was elected as the first woman to serve as Clerk of the Church. Others known to have served as Church Clerk were: Brothers Robert Haynes, Sr., Joseph King, and Eddie Guess. The congregation adopted its By-Laws on August 13, 1985.

In the fall of 1989, the Church established a Tutorial Program for its school-age children. Sister Mildred Johnson was the first Directress. The 100 Black Men of Columbia was instrumental in providing computers to support this program and gave certificates to the members for their outstanding services to the Tutorial Program. A Church Van was purchased on March 25, 1992 and dedicated on April 12, 1992.

In August 1992, with the foresight of Sisters Margaret Gary and Dorothy P. Rhue, a Nurses Guild was organized.

In January of 1996, the Youth Inspirational Gospel Choir became an organization of the Church. Sister Virginia L. Miller was the inspiration for forming this group. Under the leadership of Pastor A. A. Neal, groundbreaking services were held on June 29, 1996 for the construction of THE ANTIOCH FAMILY LIFE CENTER. Dedication Services were held on Sunday, December 14, 1997 and the cornerstone was placed on the Life Center on Saturday, September 25, 2004.

Antioch's mortgage on the FAMILY LIFE CENTER was paid in full on July 30, 2001. On April 5, 2002, the Church purchased additional property (4.33 acres) on Clyburn Street.

The Antioch Baptist Church Community Park and Walking Trail was dedicated on June 7, 2008. The angel of death was sent on Saturday, July 5, 2008 to call into eternal rest the gentle spirit of our Church Mother, Rosa Lee Reese Oree. Sister Ruth Ann Oree was elected to serve as Church Clerk on January 27, 2009, and on July 28, 2009, Sister Marian B. Tucker was selected as Mother of the Church.On July 27, 2010, Brother James S. Benson was elected to serve as the sixth Church Treasurer serving out the term of the late Trustee Frankie J. Wilson.

On January 25, 2011, Trustee Tenna P. Hayes relinquished the position of Financial Secretary after having served for nine (9) years. Sister Loreyetta Bush-Downs was elected to serve in this position.

Under the leadership of our seventh Pastor, Albert Aiken Neal, a third generation Neal, Antioch looks forward to new chapters in community service and Christian fellowship. Pastor Neal is committed to integrity and to excellence in preaching and communicating with God's people through Biblical truth and its applications; cherishing the past, serving the present, and fearlessly facing the future with committed officers and members.

Antioch is an Independent Educational and Missionary Baptist Church. It operated through democratic processes under the Lordship of Jesus Christ in the Wateree Baptist Association - Upper Division. Antioch is a member of the Baptist Educational and Missionary Convention of South Carolina, and is affiliated with the Progressive and National Baptist Conventions of America.